When asked to write about Inga Meldere´s recent work, I decided that I wanted to write about transparency – a term which is very much in vogue, but I didn’t mind. Transparency and how one day I thought that in different cities, when shops are closed and lights are turned on only in shop vitrines, commodities listen to a whole different music and some shoes (or other things) even sing, sing different kinds of song, sound.

Parts of the vitrines are covered, for the night or for the day – depending on what season. An employee has written notes of what’s behind the curtain, wrote it upside down or made a drawing, a diagram or a notation of some kind. Another is even talking while covering up what has to be hidden – not hidden, not exactly, it is like being outside on a very bright day and looking at a picture on the smart-phone. (It seems to me that what’s just described can happen only when the day is done, nobody there anymore.)

Somewhere I read about two kinds of transparency; one is where an inner structure is revealed; the other is where two or more things are perceived simultaneously, contradicting themselves. None of these two transparencies interest me.

These days there is old snow around the city that gets grey and then immediately black, as always. Some of the snow leans along the marble slabs that can be found along the main streets, leaving a patina. Underneath the patina I glimpse the surface veining, green on black or other colours. Above the marble I see all these objects which draw me. How wonderful it is to look at them and see how they perform their spectacles, coming out of the room or remaining inside, projecting their shadows on the wall. We could say shadows of moving hands and other parts of the body, but it wouldn’t be correct enough since lights are trembling and the borders get very blurry.

I step forward, a figure beholds something on her left while moving towards her right, she is just looking, with her eyes, not looking at us but gazing just above where sight becomes aimless. The renaissance landscapes in the vitrines (or within it, behind it, barely visible), mountains and cliffs, valleys and ravines where to hide or simply fall asleep. Territories inhabited by a crowd that moves along, fragmented in its own choreography. Sometime there’s a castle or a palace with statues on top of a hill, more often just a concavity in which to rest from a difficult journey or an endless conversation. A blubbering that is nothing but the sound of language coming from the paintings inhabitants. While they rest, a few are sleeping in the prone position. A woman draws the curtains to let out the light, many are coming. One old lion looks at its reflected image on the lake, water becomes tinfoil, pixels melt with each other if we touch the screen.

Unfortunately, somebody will come back and open the door, turn on the lights, draw the curtain and let the day shine through the glass.

_
Näyttelyä on tukenut Latvian Kulttuurirahasto.
The exhibition is supported by Latvian Cultural Foundation. 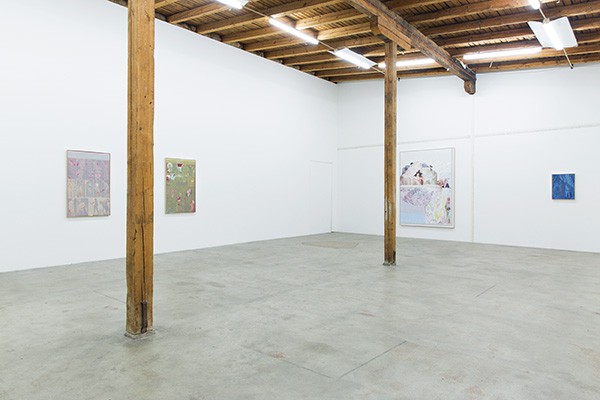 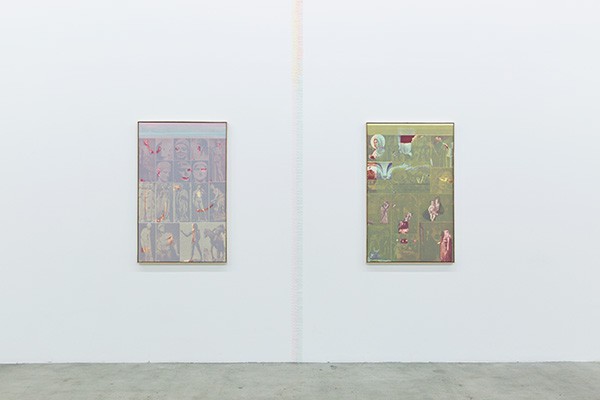 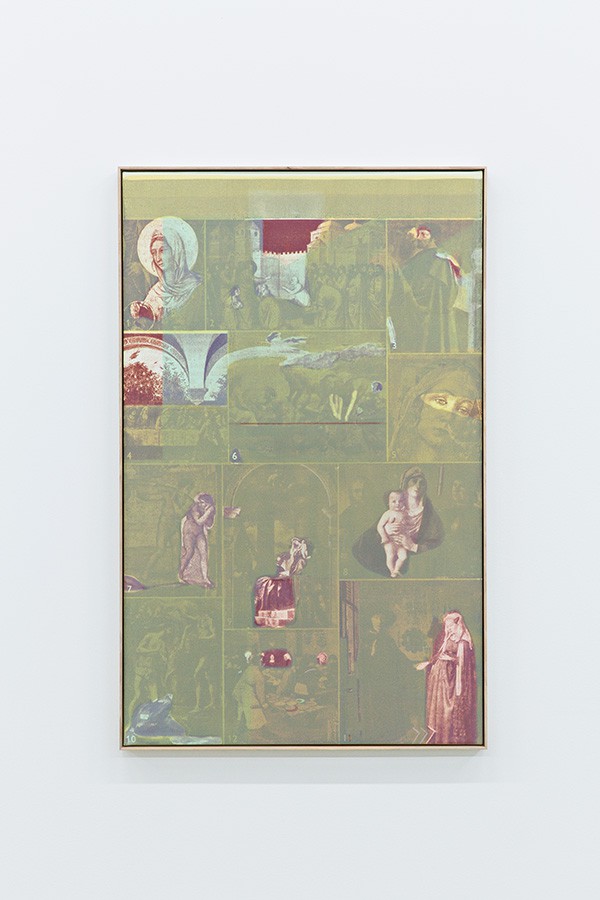 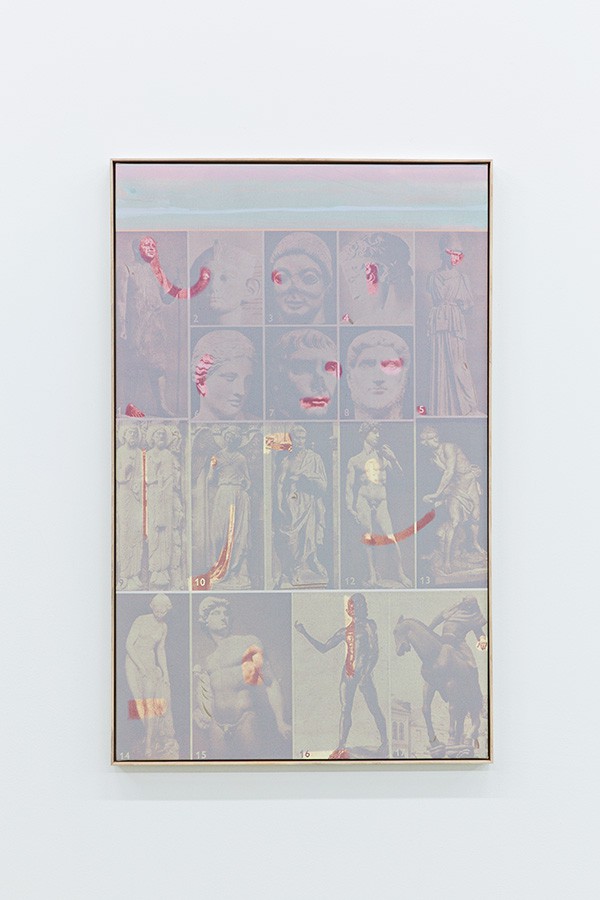 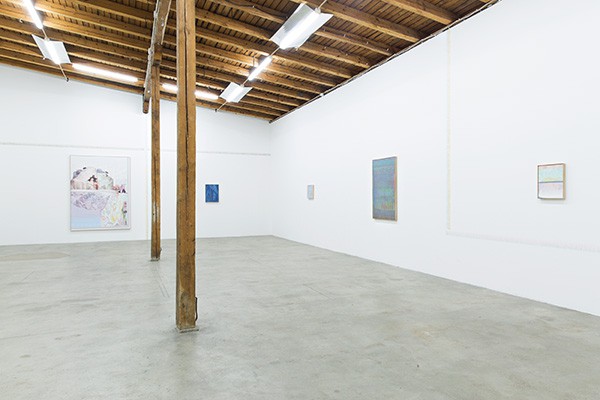 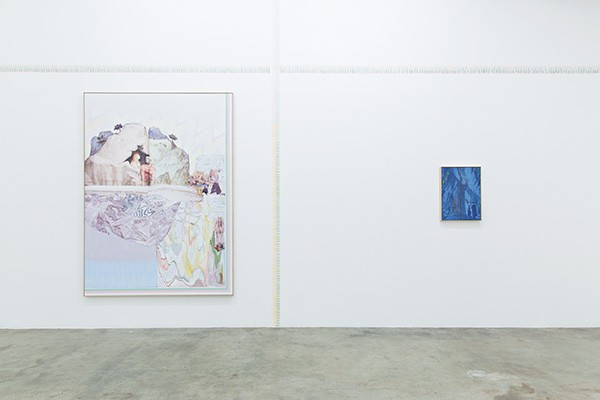 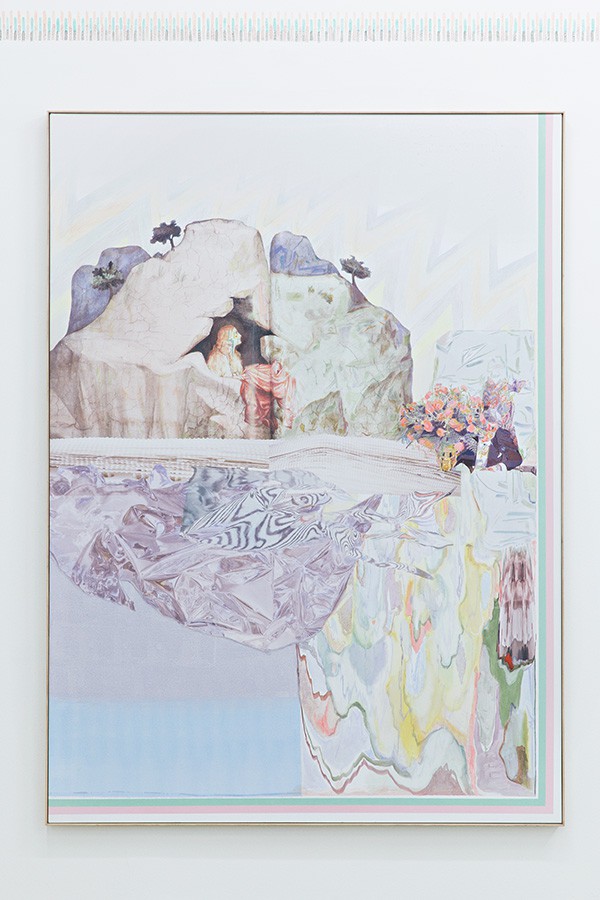 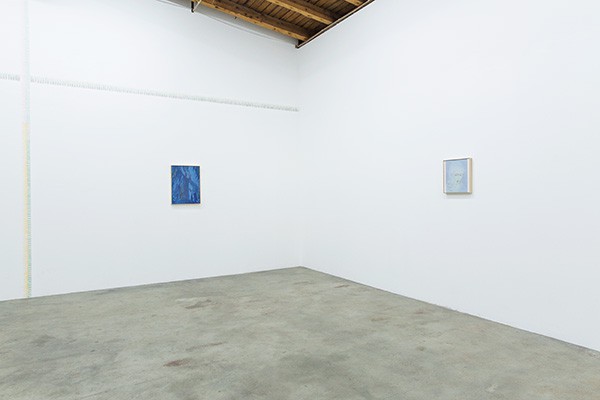 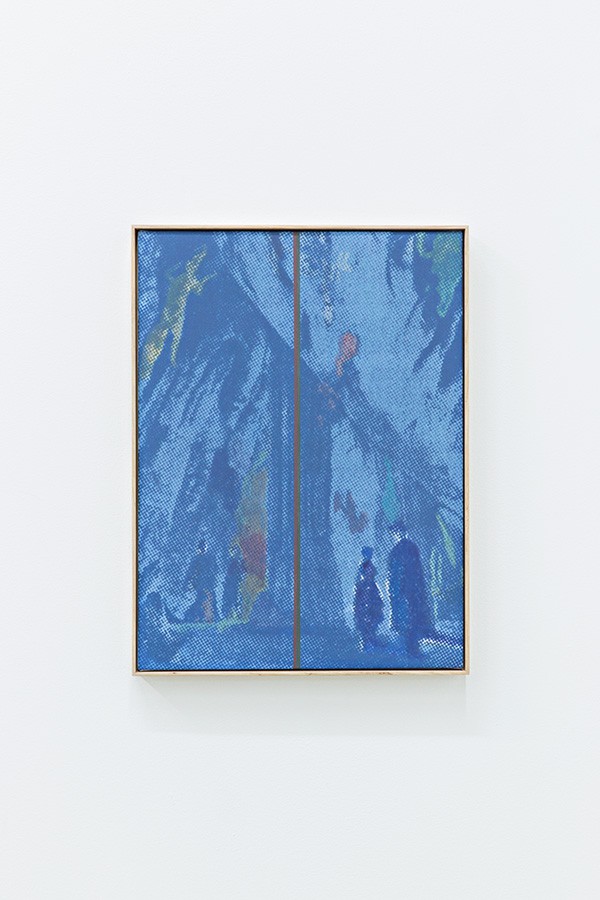 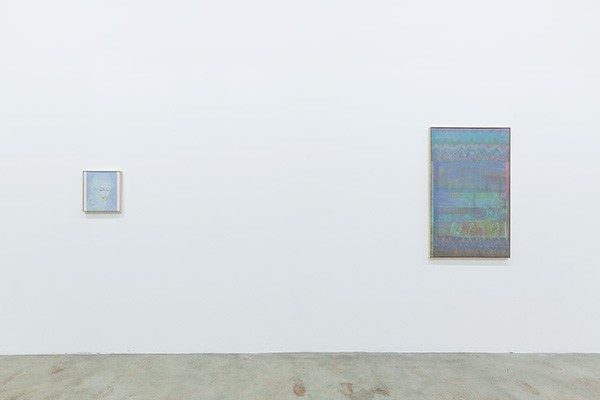 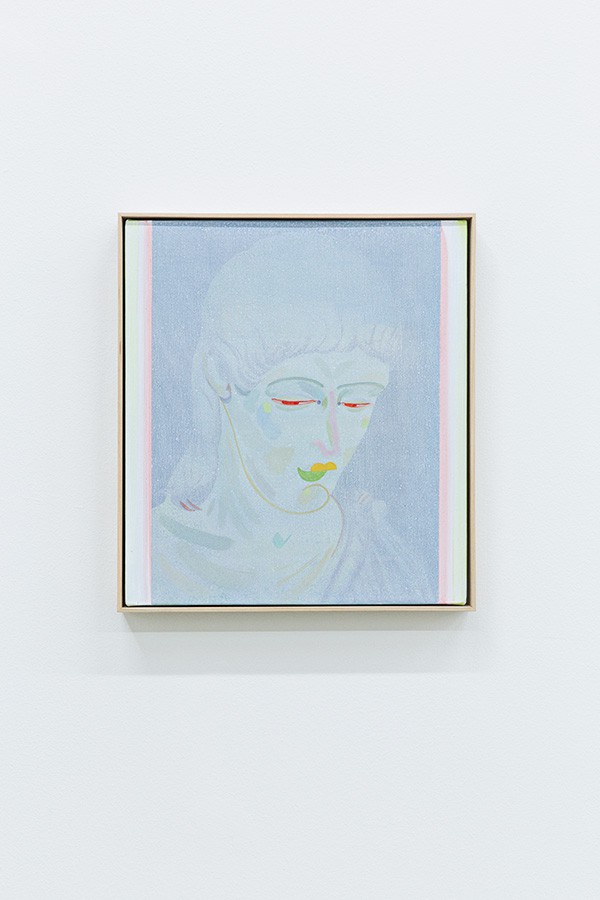 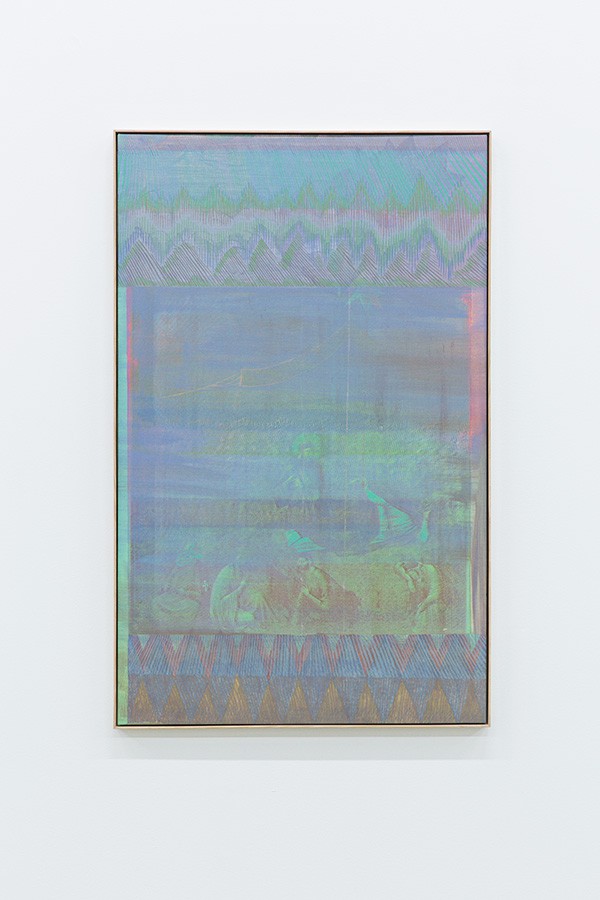 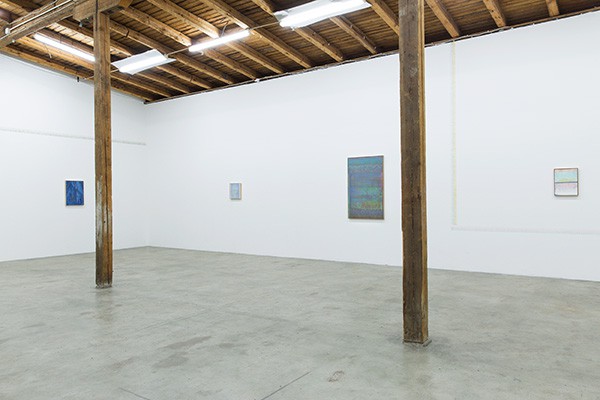 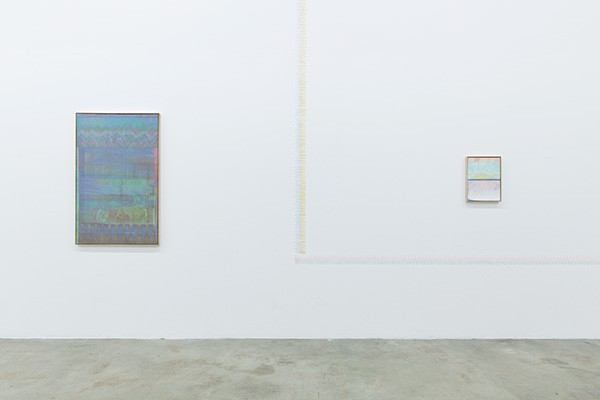 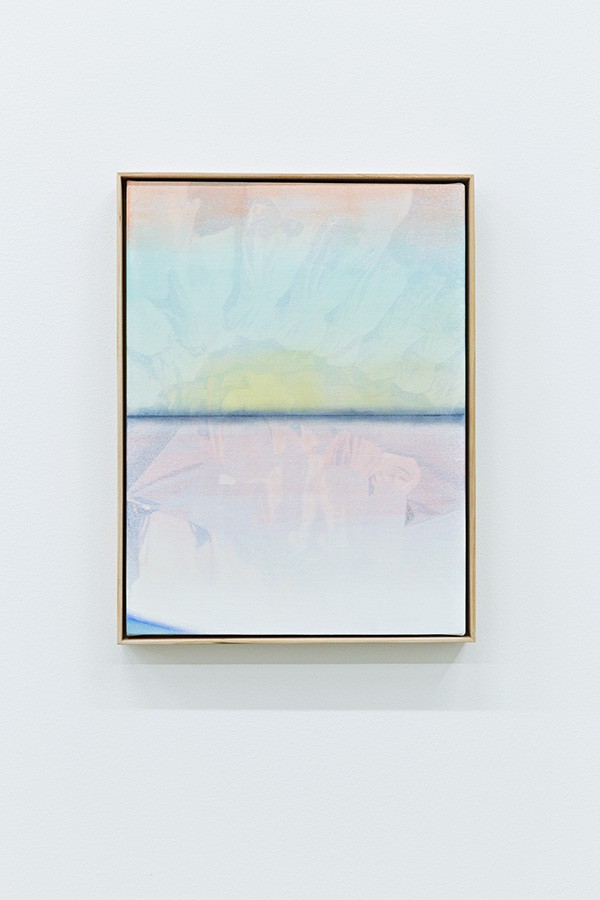 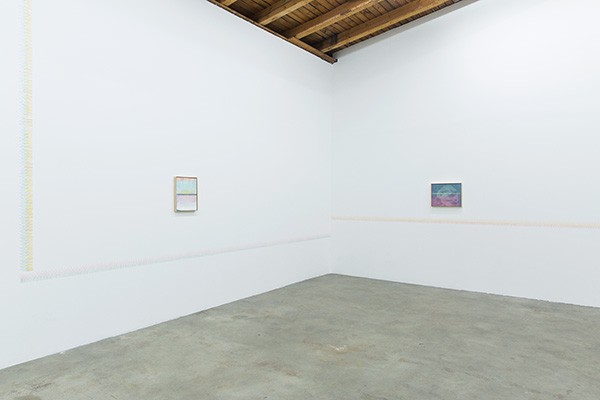 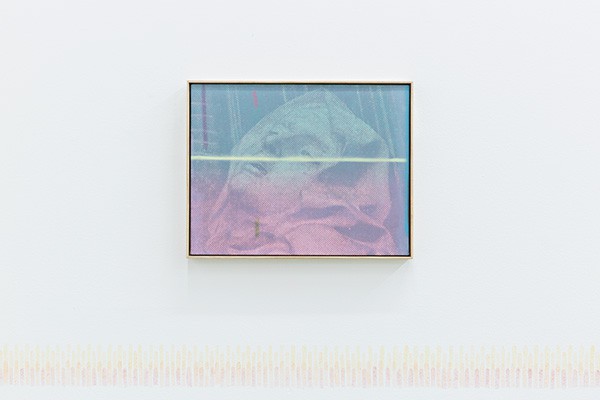